Football’s Hit heard Across the World

Bobby Thomson gripped his bat as he walked to the plate. The crowd had come to life as the weight of the moment and the possibility of history being made was well realized. On the mound was Ralph Branca, the Dodgers ace pitcher who was looking to put away the pesky Giants and send the Dodgers to the World Series. No team in the history of major league baseball had ever accomplished what the Giants were trying to do, making overtaking a team that was in first on July 4th.  The pennant race that everyone had concluded was a sure thing was still in doubt in the final innings of the season.

We all know how this turns out. Bobby Thomson has his moment in the sun by becoming the hero of Gotham City by hitting the home run that would be known as the shot heard around the world. The scream of “The Giants Win The Pennant!” have since become immortalized and part of the lore of baseball. The image of a dejected Branca, on the mound is still fresh in the minds of every baseball fan, even ones born generations after that game. A little over a decade later, something of the like would happen in pro football involving the Buffalo Bills and the San Diego Chargers of the American Football league.

The American Football league was getting ready to crown its champion in much colder conditions, as the Canadian winds blew off Lake Erie. Players huddled in the cramped locker rooms getting ready to make their way to the field. Even by the standards of the 1960’s, Buffalo War Memorial stadium was outdated and was ill-equipped to host a professional team. Had the Bills and AFL not come into existence, it’s quite possible that War Memorial stadium, known to the people of Buffalo as “The Rockpile” would have been torn down. 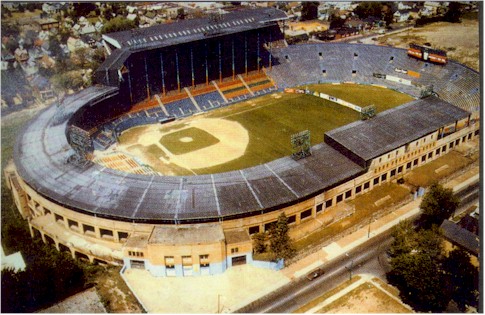 The 12-2 Bills were favored to win, as the Chargers backed into the play offers and were without the services of their future hall of fame wide receiver Lance Alworth. The Chargers had a quarterback named Tobin Rote, who had a championship resume. Rote had led the Detroit Lions to a championship in 1957, coming off the bench when starting quarterback Bobby Layne was lost to injury midway through the season. Tobin Rote was not only a threat with his arm, but with his legs as well. Rote had led a team four different times in rushing, an NFL record that still stands 60 years later. 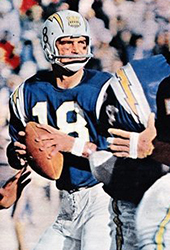 In 1963, the Chargers went 11-3 and crushed the Boston Patriots in the AFL championship 51-10. One year later, they were back in the championship. Even though the Bills were favored, it wouldn’t have been a shock if San Diego repeated as champions. The game itself was carried on ABC, which was telecasting its last pro football game, as the rights to AFL games had been sold to NBC. Pro football on ABC would not return until the premiere of Monday Night Football.

December 26th, 1964, in Buffalo, NY, at War Memorial stadium, the stage was set and the right to call yourself the world champion was at stake. Despite their star Alworth being out, the Chargers had one of the best offensive weapons in football at the time, Keith Lincoln. Lincoln had been drafted by the Chargers in the AFL and the Chicago Bears in the NFL. Lincoln spurred the Bears to sign with San Diego, and became one of the stars of the new upstart league. The previous year, he was the AFL Championship MVP, rushing for 206 yards on 13 attempts. With Alworth out, the Bills could expect a heavy dose of Lincoln.

The Buffalo Bills had one of the best linebacking cores in pro football that featured John Tracey, Harry Jacobs, and Mike Stratton, whom the Bills acquired when they drafted him in the 13th round of the 1962 AFL draft out of Tennessee. Stratton started all 14 games that season and even had an interception to his credit. The stage was set. Would San Diego pull off the upset and claim a second championship, or would the Stratton lead defense give the city off Lake Erie its first championship? 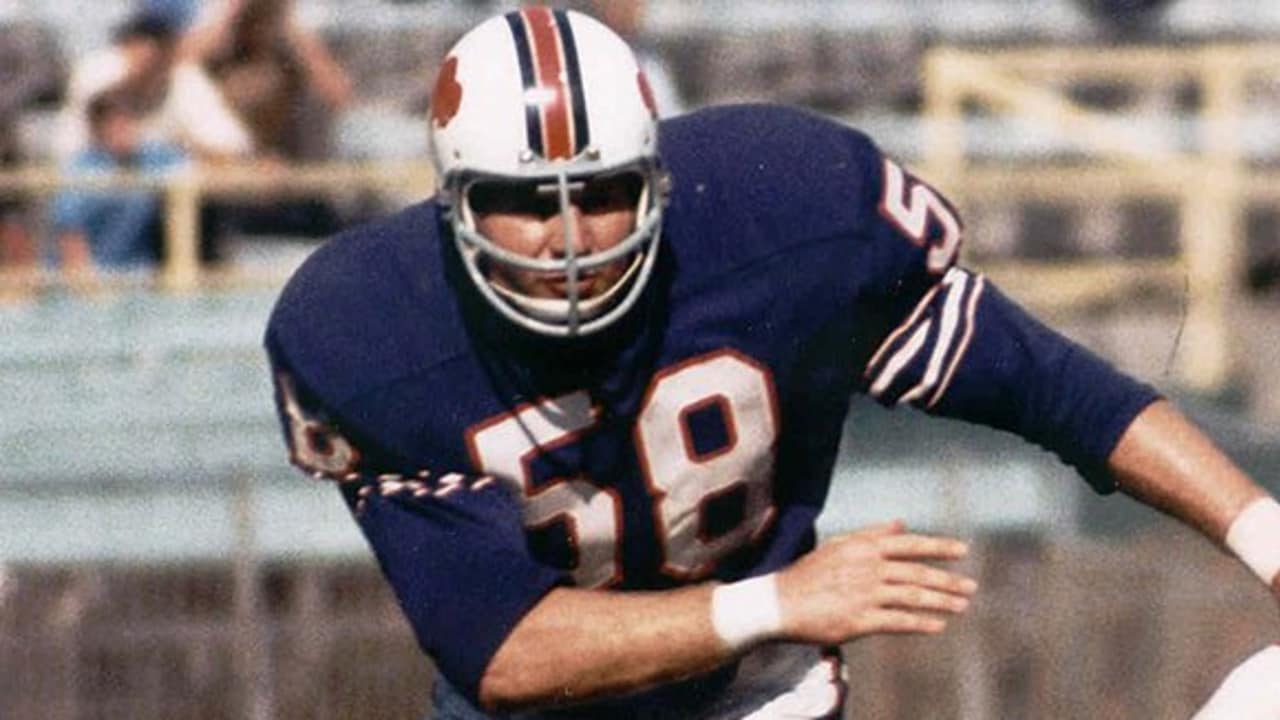 The Chargers drew first blood, driving down the field on the opening drive, resulting in Tobin Rote finding Dave Kocourek on a 26-yard strike. Keith Lincoln, who was also a kicker for the Chargers, booted the extra point. The Bills opening drive didn’t yield any points as they went three and out. The champions were leading in enemy territory. The Bills had been turned away and momentum was on their side.

Tobin Rote lead the Chargers offense to the line, and the Bills defense dug in. The old veteran clapped his hands and surveyed the Bills defense. The Chargers offensive line, lead by future hall of fame tackle Ron Mix, readied themselves to stand up against the pass rush. The already terrible turf at War Memorial Stadium had already been torn up. Where it wasn’t chewed up by the cleats of the players, it was frozen solid, feeling almost like concrete instead of soft grass.

The play called for Lincoln to come out of the back field and roll to the left, where Rote would hit him with a pass. The Chargers anticipated the Bills would bring a heavy pass rush and leave the middle open for a long gain. Lincoln had already scored a long tun on the opening possession, so it looked as if he was getting ready to make it a dreadful day for the Bills defense. Rote barked out the signals into the cold air, and the ball was snapped. What happened next changed the course of pro football and the fortunes of two franchises.

The ball is snapped and Rote took a two-step drop, and quickly looked towards his intended target. As Lincoln

looked backed, Rote passed the ball, and there wasn’t a Bills defensive player in sight. It looked like the Chargers were ready to unleash their weapon again. Lincoln floated out to the left and reached out to haul in the pass when Mike Stratton, running at full speed buried his shoulder into his ribs and drove him into the ground.  Lincoln remained on the turf as the ball harmlessly rolled away. His teammates stood over him, and knew something was wrong. Lincoln grabbed his ribs and was clearly in pain, he could not get up on his own two feet. Team doctors from San Diego ran onto the field to give aid. Lincoln had struggled to keep his breath and had to leave the game. The hit was so forceful its broke Lincoln’s ribs and knocked him out of the game. It also knocked the spirit out of the Chargers. The hit was so forceful that it was compared to the legendary hit Chuck Badnarik had laid on the Giants Frank Gifford that cost Gifford and entire season. Lincoln was helped off the frozen turf, and to the sidelines. Now the Chargers were not only without Alworth, they were also without perhaps the best running back in the American Football League. As for Stratton, at the time, he wasn’t even aware Lincoln had been injured, for he was already in the defensive huddle with his teammates as Lincoln was being helped off the field.

Without Lincoln, the Chargers hopes looked dim, and Tobin Rote needed to have the game of his life if the Chargers were to make a comeback. It was not to be. The Bills defense bullied Rote, forcing two interceptions. Rote was pulled from the game in favor of second year quarterback John Hadl. It would also mark the end of Rote’s career, as he retired at the end of the game.

The Bills went on to score 20 unanswered points, to win the game 20-7 and bring home the first major championship for the city.  Mike Stratton, the player whose hit on Lincoln swung momentum to the Bills, crushed the hopes of Chargers fans when he picked off Tobin Rote to seal the win.

The hit by Stratton on Lincoln would forever be known as the “Hit Heard Around the World.” It brought attention to the American Football League, a league that NFL die hards had dismissed as a Mickey Mouse League full of players not good enough to play in the NFL. That hit changed that perception, it changed to fortunes of the Buffalo Bills, who the next season would again vanquish the Chargers to win their second AFL championship. 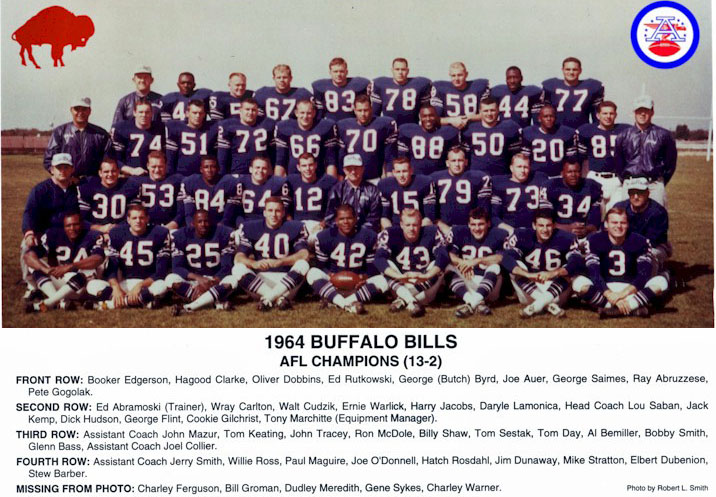 Those two would be the only championships the Bills would win in the AFL, as the franchise fell on hard times when the AFL and NFL merged and the Bills limped through the last years of the AFL and into the 70’s. However, that hit, the “Hit heard around the world,” is still talked about to this day, 56 years after it happened. Baseball might have Bobby Thomson and his pennant clinching home run off Ralph Branca, but pro football will always have Mike Stratton of the Buffalo Bills striking Keith Lincoln with the hit heard around the world.

Some interesting notes about this game. Had it not been for an error made by the Chargers coaching staff, Jack Kemp could have very well been the starter for the Chargers, not the Bills. An injured finger caused the Chargers to place Kemp on waivers, and Bills Head Coach, Lou Saban made a claim on Kemp and the Bills paid the $100 waiver fee. Keith Lincoln would play a season in Buffalo before returning to San Diego and finish his career. Mike Stratton would also in his final years of playing professional football also spend time playing in San Diego, which begs the question: How did the Charger faithful welcome the player whose hit on their star player changed the momentum of the 1964 AFL championship and gave pro football the hit heard around the world?

Randall Burton is a WNYPLA.com Contributor. He is a sports historian, professional wrestling color commentator and a DJ.